Memories On the Wall 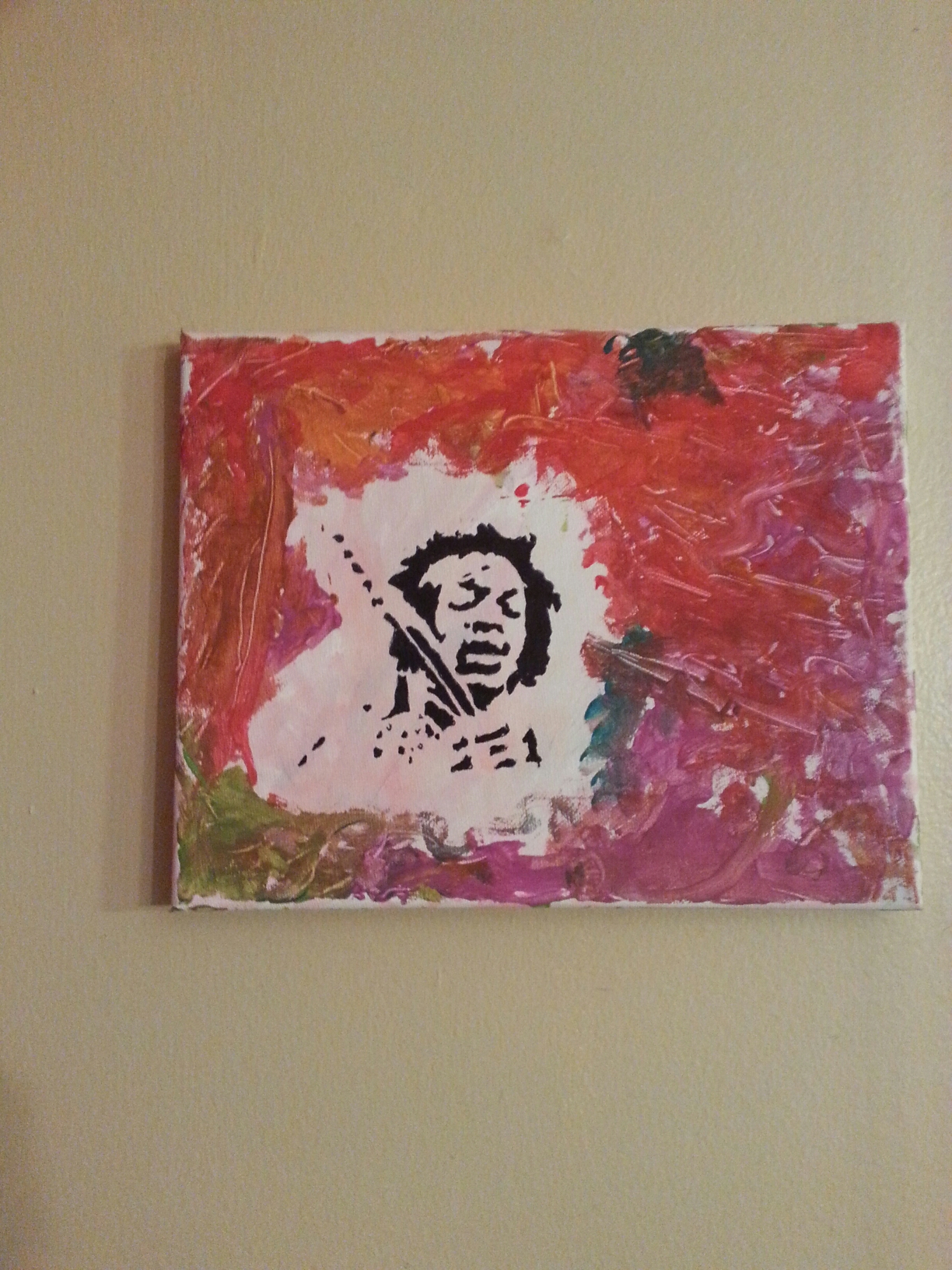 I dropped Jaya off at her Nani and Nana’s today and when I came home, I sat around for a while and looked at all the art we’ve made and collected over the years and this is my favorite piece.

I did this stencil of Jimi a couple of years ago when I got on a Banksy kick. After I printed the image out, I traced it on to a piece of cardboard and then spent an hour or so X-acto kniffing it out.

I then got some black spray paint and sprayed the stencil on the canvas. And let me tell you, after spending an hour or so cutting it out, the 2 seconds it took spraying it on was anti-climatic to say the least. But at least it looked like Jimi.

I then painted the canvas with water color and let it dry.

Then I cut out a piece of paper and put it over the Jimi image and tapped it down. I then let my 3-year old daughter paint around the piece of paper.

She painted it however she wanted it. There was no prompting. No, “Put a little more red over here.”

Above is what she came up with as a background on her own.

And because of that, this is the most vaulable painting I will ever own.