But my doctor of 13 years and my wife’s Uncle said, “Nope, it’s gout. No beer and no red meat for a few weeks. Did you eat something recently to trigger this?”

“Yeah, a pork knuckle sandwich and a bunch of IPAs. You know, Indian Pale Ales?” This doctor happens to be Indian.

He laughed and said, “Yes, I know them. No more of those for a while. And then when you do, only in moderation.”

“I don’t do moderation well.”

I went to get my prescription filed at the grocery store right across the parking lot from the doctors office. Outside they had a giant smoker with two signs: the first let me know that I was in the “Slow Smoking Zone.” The second read “BBQ Ext. 75 feet away.” Which let me just say, was bullshit. It was at least 175 feet away. And when you have gout, that matters.

I really wanted ribs. I used my phone-a-friend and got over the craving and picked 3 chicken drumssticks instead of rib tips and the lady gave me 2 cups of sauce on the side. I grabbed a Pure Black Tea, paid and found my way to the deli table.

I was halfway through my second drumstick when a 70 something year old lady sat down at the table in front of me and said “Hello, nice weather we’re having.”

We exchanged several pleasantries and I could tell she wanted to talk. I know I didn’t, I was eating chicken legs. But I looked around and saw that 2 grocery guys were talking to each other and not paying attention to us, so I told her about my doctor’s visit and how I couldn’t have beer or BBQ for a while.

She said, “Oh and it must feel like the end of the World for you!”

“It’s time to wake up kiddo. You can’t live like you did in your 20s. You start eating right, so that weight comes off, and when you’re my age you won’t be dealing with the same crap as your friends. Most of them will be dead.”

“Oh I forgot,” I yelled, “there was a funeral right outside the window at the doctor’s office. I took a picture of it before the doctor came in.” She looked grossed out at that statement. “But when I was talking to the doctor I said, ‘I don’t want to end up in that funeral over there.’ He just laughed and said ‘Yeah, I noticed that.'”

She waved it off and said, “Keep eating that chicken, enough with the beer and you’ll be ok.”

I thanked her for the conversation, headed past the beer isle toward the pharmacy, grabbed a few iced teas and thought, Well here we go again. 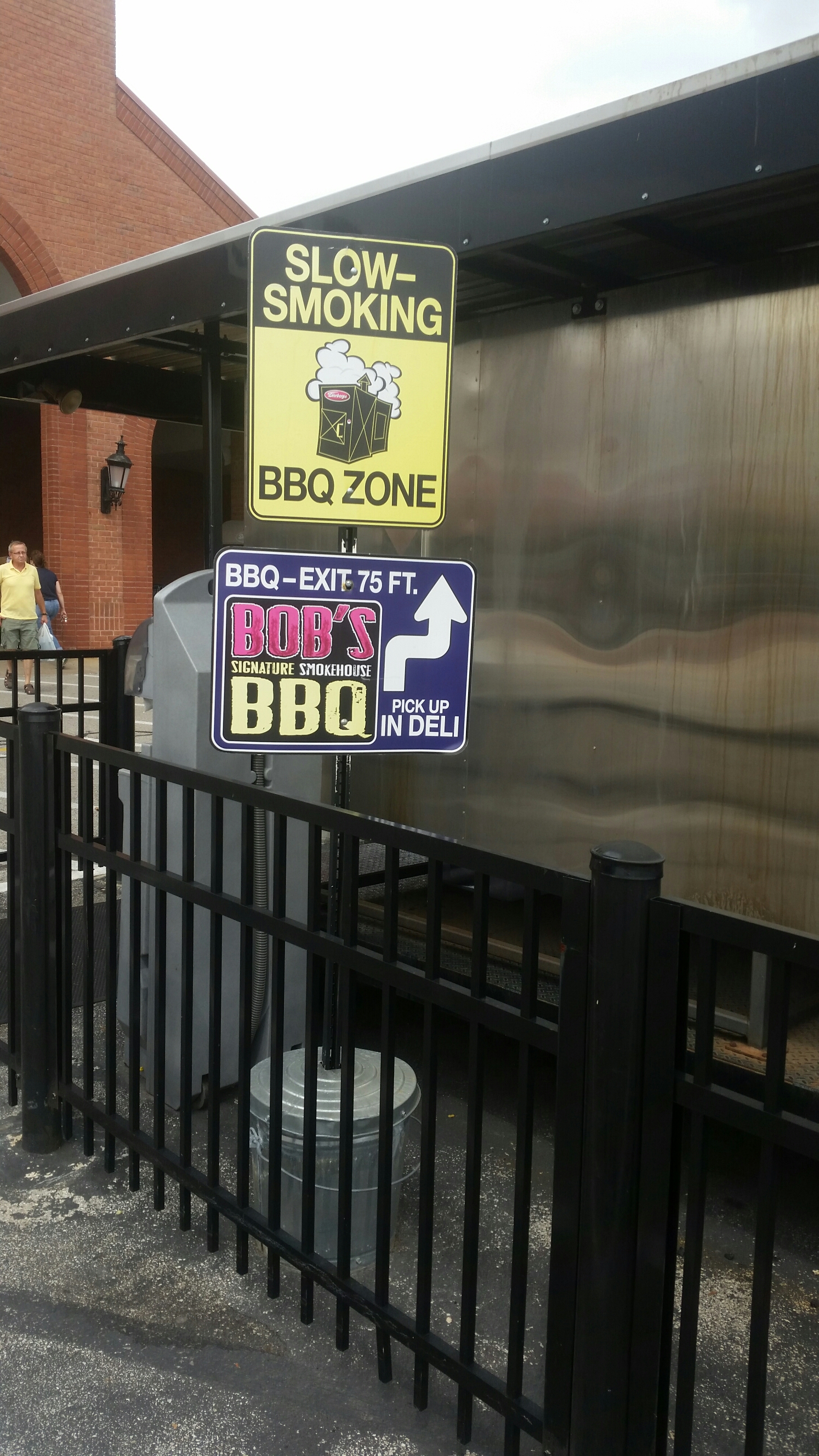 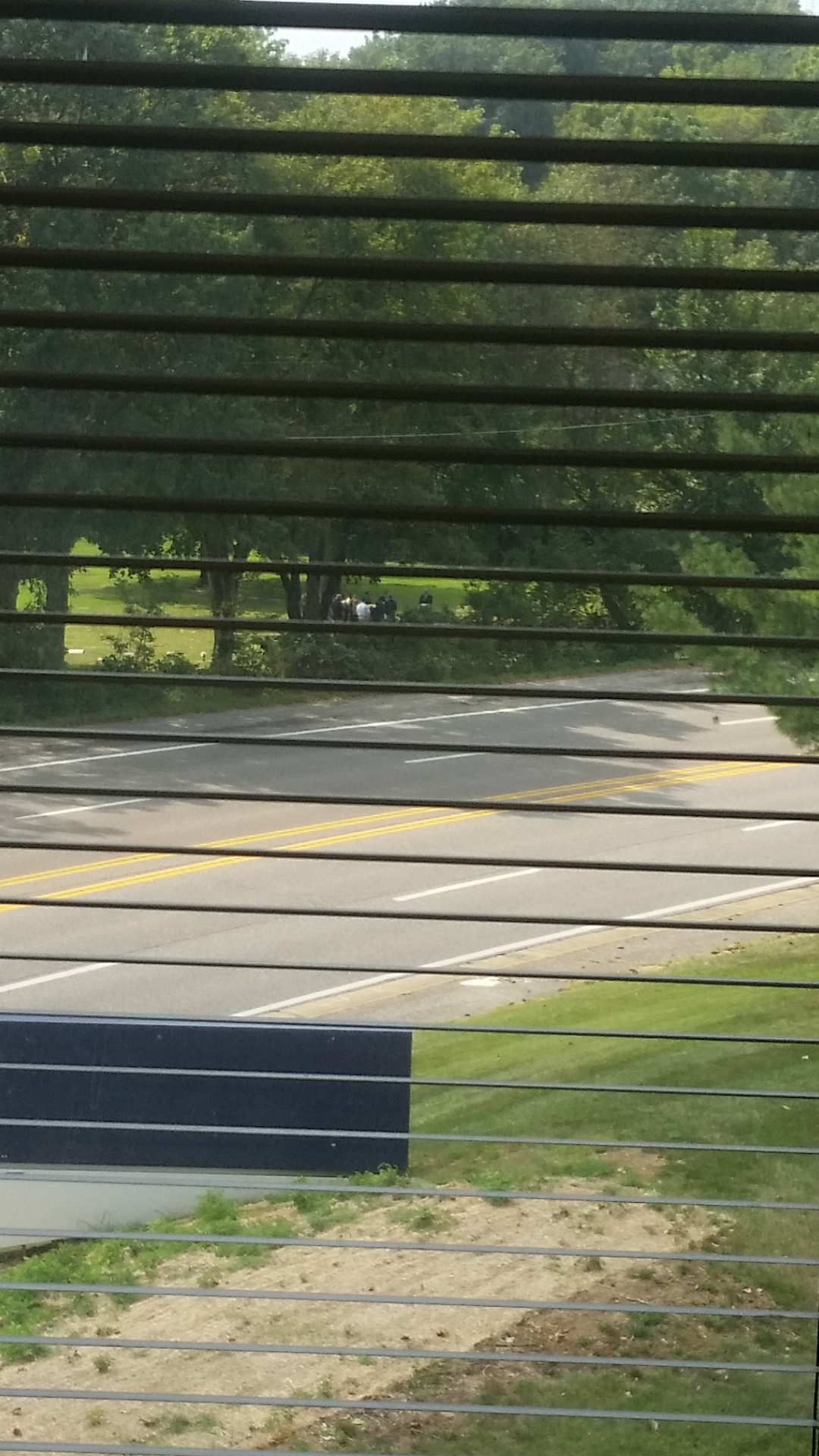 BTW, the title Out With’da Gout is a phrase my cousin’s friend says when he calls in to work when his gout flares up. I think it’s hilarious when he says it in his hillbilly accent. Now I can’t stop saying it. I almost said it to my boss when I called in today from the parking lot of the doctor’s office. “I’m out with’da gout.”