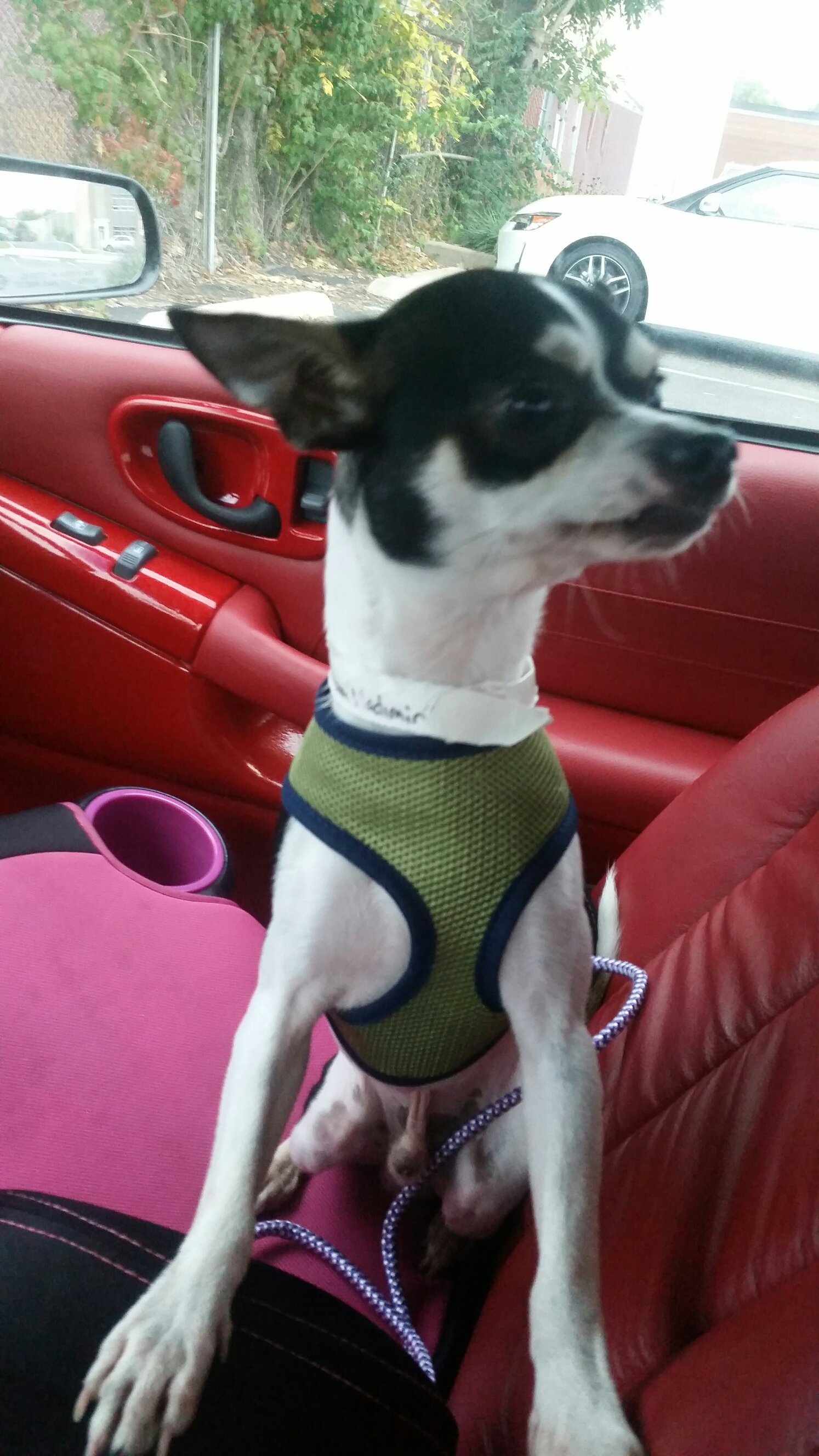 I got a new foster dog this week. He’s a 8.5 lb. Chihuahua-mix named Vladi, after Valdmir Tarasenko, a St. Louis Blues hockey player.

We also call him Yadi after the St. Louis Cardinals catcher, who if his thumb wouldn’t have been hurt we would have perhaps beat those bastardous-assed Cubs. Either way, both Yadi’s are loved.

This is my second foster dog, or at least I like to say that. The first one was supposed to be an adoption, but it was a pitbull and I couldn’t bring it with me to my apartment after I sold my house. So I found someone to take him.

The apartment that I live in now has two Pitbulls in the building. I have half-a-mind to turn them in since I gave up mine. But I won’t. I know pits are like any other dogs. Except the one downstairs, Lucy, she’s a brown 10 month old pit and will only shit inside the apartment.

The mother-fucker woke me up at 7:00 am on Columbus Day screaming at Lucy. The one day I get to sleep in late during a week day and he’s screaming, “No Lucy! Don’t you dare fucking shit in the fucking apartment again!”

And before I knew I was yelling, I heard myself projecting, “He doesn’t fucking understand English asshole!”

I haven’t heard his voice in two full days.

I have seen him however. As my daughter was walking Vladi, Lucy stepped out of the shadows with her owner attached about 10 feet away.  Lucy locked eyes on Vladi and Vladi stopped, looked at her, stepped to the side, then started, “Yap, Yap, Yapping,” away.

I yelled, “Jaya, stop right there!”
“But Vladi wants to meet him,” she said.
“Jaya! Stop! Jaya!”
The neighbor scooped up Lucy and carried her inside.

I told Jaya, “The next time I tell you to stop, you better stop! You don’t know dogs like I do.”

Now I’m not saying all pitbulls are bad, but I do know better. And even though I had one of the sweetest pits ever, I’m not chancing my daughter and foster dog to Lucy “The Shitter.”

Lucy is nice to me, but I have to force the owner to let me pet her. She has no manners at all and it’s obviously not her fault. People who don’t know the basics of dog ownership, ruin these dogs. It’s the same people who take a 10 month old pitbull for a 1 minute walk in the front yard, then wonders why it shits in their house. These are the kinds of people who end up dropping their dog off at the shelter.

If you don’t know what your doing, educate yourself, otherwise don’t get a dog,  especially a puppy. The easiest kind of dog to break in is one that is over 2 and under 8 years old. They are still young enough to play and go on walks, but old enough not to eat up your shoe collection.

But if you do decide to get a dog, please get one from a shelter, not a breeder. There are so many dogs put to death every year. In fact, “Vladi-Yadi-we-likes-to-party,” was supposed to be put to sleep the day he was rescued. The girl who rescued him loves the Blues and that’s how he got his name.

And just so you know, he’s up for a foster-to-adopt situation, but he has to go through his first round of heart worm treatment first. He’ll be ready in 30 days. He’s crate-trained, loves kids and won’t shit in your house.